skip to main | skip to sidebar

A very good friend of mine, Melanie, will be in town next week from the Philippines. As a thank you to great hospitality she has shown me the past two times I visited the Philippines, it's my turn to treat her to something I cherish. She loved the "Popular" tee shirt I sent her.

I can't believe it's been over a month since I've last seen the show! No, my friends did not do an intervention.
Posted by Sam at Wednesday, July 29, 2009 No comments:

I had the privilege of seeing Wicked for the 20th time on June 27, 2009, Saturday Matinee performance with my friend Dan, who's seen it for his 19th time. We had great seats, ro

Vicki Noon (right) performed as Elphaba. I can only say one thing about her, she has arrived. Vicki Noon also performed Sunday on the main stage of the San Fran

cisco Pride Celebration, singing "The Wizard and I" and won the audience over.

After Wicked, my nephew Matthew (left) met Dan and I for a quick bite. We then headed up to the Castro for the annual Pink Saturday Night festivities. It wasn't the celebration as in previous years but more like Halloween, the last year it was in the neighborhood. My friends who live in the Castro avoided the area. I didn't feel safe there and we left within a couple of hours.

While watching the LGBT Pride Parade, I had a pleasant surprise witnessing Kendra Kassebaum and Teal Wicks serve as Celebrity Guests for the parade. The parade had come to a halt and Teal Wicks (below left, in hat) car had stopped directly in front of where I was standing. Both looked like they were having a great time. 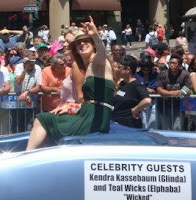 After reaching my milestone of seeing the show 20 times, it's time for a break from the production. Not too long of a break, just a month or two. I'll still continue this blog but more about what's going on in my life and still relate it to Wicked. After all, "No one in all of Oz is ever going to bring me down!"
Posted by Sam at Sunday, June 28, 2009 1 comment:

Last night's performance of Wicked (6/10) was the first time since February no understudies were announced in any of the roles. I saw Teal Wicks (right) perform as Elphaba for the first time since February 20th. Her return to the role and the enthusiasm of the crowd, energized the entire ensemble. Teal and Kendra Kassebaum (Glinda, right) were on the top of their game. Though my review of last weeks show was a little harsh, this week my outlook has drastically changed. It's a new show with Teal back in the lead. Teal showed no signs of any medical condition she may have had the past few months as she nailed every scene and song. She was o

n fire as was Kendra. Lee Wilkof (Wizard) is the best ever performer in the role I have seen. His stage presence as well as singing voice blows away every other Wizard I've seen combined. Deedee Magno Hall (Nessarose) and Eddie Rioseco (Boq) continue to deliver stellar performances. Nicolas Dromard (Fiyero) duet with Teal in As Long As You're Mine was his best performance ever.

Part of the audience (where I sat) was extremely annoying as people were talking, pulling out their cell phones and leaving/returning to their seats throughout the 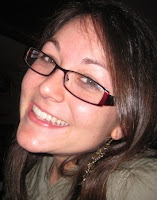 show. I will give them kudos as this was the first time since the Los Angeles production I've seen the audience applauded loudly when Kendra, Teal, Patty Duke (Madame Morrible) and Lee came on stage.

I sat in row Z, seat 125 & 127 with my niece Kaila, her first time (left). The past few times I've sat fairly close to the stage. Since my seat was at the rear of the orchestra, I couldn't see the dragon as the Loge/Mezzanine overhang obscured my view.

I met Fernando and Greg (right Greg, Fernando) radio hosts of a morning show on Energy 92.7 Fm locally owned and based in San 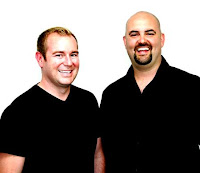 Francisco. They are truly down to earth people and extremely friendly. Thanks to Energy 92.7 Fm for the free tickets to Wicked.

Where is Teal Wicks?

Last night was the 18th time I have seen the performance of Wicked, 11th time in San Francisco. Of the 11 times I've seen it here, I've seen Teal Wicks perform twice in the lead role of Elphaba, Dee Roscioli once, and Vicki Noon eight times. Vicki Noon returned from a vacation within the past week and I could tell that she was struggling a little bit with the part. The show had a different feel to it than in previous performances, I'm not sure whether it was good or bad.

Here's the good stuff: Eddy Rioseco performance as Boq is getting better each time I see him. He's starting to emote emotions I haven't seen him do and I'm really like him in the role. Deedee Magno Hall is the best Nessarose by far. She is spectacular, especially in the second act where you see her transform unwilling into the Wicked Witch of the East. Lee Wilkof replaces David Garrison as the Wizard. At first I was shocked to see David Garrison replaced as I thought he was amazing in the part. Within minutes of Lee Wilkof performance, he won me over. His acting, timing and voice brings a refreshing take of the Wizard. The ensemble cast is consistently
awesome. Tom Flynn as Dr. Dillamond is a solid and reliable performer. He has yet to have a bad show.

Here's the bad stuff: Both Vicki Noon and Kendra Kassebaum (Glinda) appeared off and strained. I'll say no more because I love both of them in their respective roles and am chalking it up as a bad night. Patty Duke's timing isn't what it should be. Nicolas Dromard is still vocally challenged in "Dancing through Life" but his dancing and acting abilities compensate for it.

I sat in row F, seat 106 (then swapped at intermission to seat 110) with my friends Mike and his boyfriend Dan. This was their first time seeing the show and loved it. The next time I see the show is on June 10, 2009 with the tickets I won on the Fernando and Greg show Energy 92.7fm. I'm taking my niece Kaila for LGBT night, Kaila's first time seeing the show. We'll be sitting in row Z, seats 125 and 127.
Posted by Sam at Thursday, June 04, 2009 5 comments:

Oh My God, I won tickets on the Fernando and Greg show!!

I was awestruck by Dee Roscioli performance of Elphaba. I saw her twice in Chicago and was impressed by her performance. This time I was blown away. Dee portrayed Elphaba as a girl who's been put down her entire life, lacked the confidence in anything she did, and had a nervous twitch in her right and. Every time she was unsure of herself, her right hand and fingers would nervously twitch. When she became the formidable woman, she loses her nervous twitch (is there a correlation between twitch and witch?). What impressed me the most was the emotions she expressed through her eyes, the vulnerability and the utter confidence she later acquires. It was like seeing the show for the very first time. I definitely want to see her again before she assumes the role on Broadway.

On my morning drive to work (5/26), I was listening to the Fernando and Greg (Greg is on the left and Fernando on the right) show on Energy 92.7 They play a game called "Hetero versus Homo", where they ask questions that every gay and straight guy should know the answers. The twist is they ask the gay guy questions that every straight guy should know and vice versa. I, of course, was the gay guy. I ended up losing but my consolation prize was 2 tickets to see Wicked on LGBT night, June 10. Can you believe it???
Posted by Sam at Tuesday, May 26, 2009 No comments: 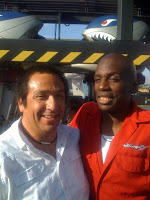 I went to Paramount's Great America with my friends Joe and Louis for Gay Day. Joe and I decided to do the Xtreme Flyer which is almost flying via bungee cord. As we fell almost 300 feet, all I could think of was Elphaba's Defying Gravity, so I started to sing it out loud. Joe was mortified and the crowd below started laughing. Towards the end of the ride, I sang the part "And nobody in all of Oz, no Wizard that there is or was is ever gonna bring me down!" That was totally awesome!

I'm seeing the matinee performance, row M seat 108, bought at the box office today for a total of $99. I heard that Dee Roscioli, who I've seen twice perform as Elphaba in Chicago, is 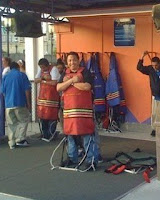 taking over the role of Elphaba, while Vicki Noon is on vacation. It's been said that Teal Wicks has been performing once a week prior to her full time return in June. If either on is on today, I'll be extremely happy. I'll hold judgement for Angel Reed if she comes on. Hopefully Kendra Kassebaum will also be on today.
Posted by Sam at Saturday, May 23, 2009 No comments:

When I arrived at the Orpheum Theater, I saw that both Teal Wicks and Kendra Kassebaum were replaced with Vicki Noon as Elphaba and Natalie Daradich as Glinda. Even though I was disappointed that Teal was out, I was shocked to see Kendra out also.

Vicki Noon's performance as Elphaba was spectacular. She was on fire, especially her "No Good Deed". She continually impresses me each and every time I see her. However, Natalie Daradich as Glinda is okay. Although her performance was an improvement, I would rather have seen Kendra opposite Vicki.

Also spectacular was DeeDee Magno Hall as Nessarose and David Garrison as the Wizard. Nicolas Dromard's performance as Fiyero is definitely growing on me. My opinion of Eddie Rioseco as Boq has changed. I really like him in the role. He seems to be getting more comfortable and stronger as time passes. Patty Duke as Madam Morrible was off. She missed a few lines and almost injured herself with her necklace. She is still amazing and love watching her perform.
Posted by Sam at Monday, May 18, 2009 No comments: